Take a moment and picture what “Artificial Intelligence” looks like. Most people imagine something from a Hollywood film, an evil robot like Arnold Schwarzenegger as the “Terminator”. We may eventually get these kinds of amazing creations one day, but at the moment this definition of Artificial Intelligence tends to make the public very fearful and skeptical of the technology while skewing the definition towards highly complex machines and software.

The reality is that we’re using Artificial Intelligence everywhere, everyday and most of it is rather ordinary. It is basic or even boring because it offers simple quality of life improvements without being flashy. Anyone who has ever written anything digitally has at some point had the experience of “spellcheck”.

A system running in the background, automatically attempting to detect mistakes and offer a correction. That sort of automation is at times appreciated, and sometimes an annoyance, but it is omnipresent and for many people now, a factor that has been there for as long as they have been using computers. Even on your smartphones, some form of “Autocorrect” or predictive typing is probably running to assist you as you text. The odds are that you never referred to that type of system as “Artificial Intelligence”, but that’s what it is.

As we move through this course, we will be looking at more examples like this that will be making their way into the workplace in the form of: software, algorithms, devices, and other systems that aim to make organizations and employees more capable and efficient over the coming years.

It is important to keep in mind that Artificial Intelligence is a tool, and like many disruptive tools before it, a very controversial one. The printing press, gunpowder, the internet, these inventions changed the world at great cost to some and at great benefit to others. It is important to think of Artificial Intelligence in that same context. Some people will use this tool responsibly, in a way that benefits others. Some will use it for personal gain at great cost to others. At the end of the day, we have to place the credit or blame on the individuals behind those decisions and not on the technology itself.

The goal of this course isn’t to predict unemployment trends, fear-monger, or to celebrate the technology either. Artificial Intelligence will perform certain tasks better than people currently do, and this course will prepare you to be aware of what those are so that you and your organization can plan accordingly. 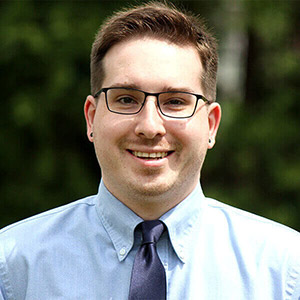 Skeptics
Bias and the Trouble with Trust in AI
Chain Reactions